The release of the January patch for the International Galaxy S9, Note 9, and the Galaxy Fold have been going quite well.

These updates are rolling out widely and they do not contain new features other than improved security level.

Several Galaxy devices have got the patch. These include the following

You can natively transfer your iCloud media to Google Photos

Buy a Brown Leather MacBook Sleeve and Protect Your MacBook

Apple has released an updated build of iOS 14.5 beta 1 to developers

Dark Theme for Google Docs for Android officially out

"Load 4K" option makes its way to Android for Twitter

Subscribers for Fitness+ have Nearly 300 workouts to choose from

Will the iPhone 12 have USB-C?

Should you buy the iPhone 12 mini?

AirPods Max begin shipping to customers ahead of December 15 launch

Is the blood oxygen tracking feature on the Apple Watch Series 6 medically accurate?

Why You Should Try Amazon Prime 30-Day Free Trial

Twitter listened to people: You can now choose to Retweet or Quote Tweet the way you did before

Apple has released iOS 14.2.1, a bug fix update that comes two weeks after the launch of iOS 14.2 and is available for Apple's new iPhone 12 model

Under-display camera in Xiaomi's smartphones will ship next year

Buy a Laptop Wallpaper for just $1

Netflix Adds Zimbabwean Billionaire Strive Masiyiwa to Board of Directors

Future Apple Watch could have Touch ID and Under-Display Camera

Buy a Nice iPhone Case For $24

Don't Miss Out on These Amazon Deals

Apple's M1 Macs are Significantly faster than the models they replace

You will exit a WhatsApp group unwillingly if you do this

OnePlus 8T to be Launched on October 14

I Called 111 and This is What Happened

Made by Google Cases for Pixel 5 are Cool

Google Drive trash items will be automatically deleted after 30 days starting on October 13, 2020

According to a Chinese report, Apple Has Sent Folding iPhones to Foxconn for Testing

iOS 14 exposes LinkedIn App reading users' clipboards in the background, the company says it's a bug

Apple has released macOS Big Sur to the public

Gmail spam filter has been repaired

Google Link units are being retired

You can now send money from Ecocash to OneMoney and More

Buy an iPhone Case For Just $24

A New iPad Pro 12.9 Inch Model is said to Launch in March

Instagram overhauls its bottom bar, Reels put down there

Get yourself the amazing OnePlus 8 Pro for $799

Buy a Brown Leather MacBook Sleeve For $49 Its Worth It

Why You Should Now Buy the Galaxy Note 20 Ultra

Apple is Offering Free Repairs for Apple Watch Series 5 and SE with Power Reserve Issue Not Fixed by watchOS 7.3.1

OnePlus 8 Series gets Android 11, as OxygenOS 11 update starts rolling out

Encrypt your internet connection to protect your data and privacy for only $11.95 for a month

How To Enable Dark Mode Using a Wallpaper

You like a song playing but you don't know the name of the song?

'Hometown' Shot on iPhone Video shared by Apple on YouTube

You should cover your Laptop's Camera

Apple seeded the RC version of an upcoming tvOS 14.4

Apple promotes the iPhone 12 durability in a video on YouTube

MKBHD: Conversation with Craig Federighi about the iOS 14 and the more controversial 2020 announcements!

NetOne To The Rescue

Is it Worth it to buy the Apple Watch Series 6 now or just wait for the Series 7?

3 Budget Laptops for Graphic Designers in 2020

Encrypt your internet connection to protect your data and privacy for $11.95

More than 4 trillion photos are stored in Google Photos and Google Photos is ending unlimited free storage, this is what you need to know

Netflix Downloads For You feature rolls out

Make it a December to Remember: Buy the Epson Perfection V19 Scanner for only $69.99

IBM exec estimates that Apple's move to M1 chips will save $2.5B this year

A Gaming Console which can cool two beers and play games at the same time: Bud Light BL6

Get the OnePlus 8 Pro Sandstone Bumper Case for only $24.95

Stream Without Remorse on Prime Video 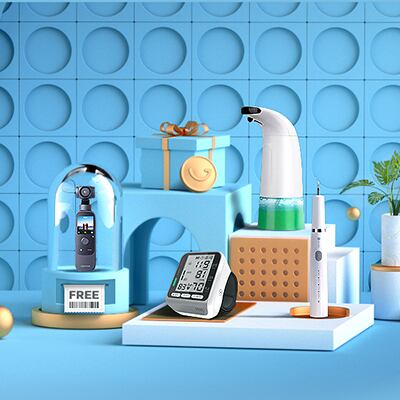